With the rising cost of groceries, bacon may become a luxury we can live without. I just saw a pack at the store for more than $10. Granted, it was thick slice, but still. On returning home, I announced to my hubby that we will now ration bacon.

I could have said I was pregnant and the man would have looked less dazed.

Once he was back on his feet, he mentioned we are out of paper towels.

Using a paper towel is like ripping a dollar bill from a roll and throwing it in the trash. The price of paper towels has gone up and toilet paper is right behind.

I recently priced steaks, thinking we could grill outside one last time before the weather turns cold. We could, but we’d need to take out a home equity loan first.

Salmon has gone up so much that some wonder if they gave up swimming in exchange for hiring Uber drivers.

The sound of parents gasping at the grocery is shock registering as they stand before empty racks that once held Lunchables and deli meat.

It’s a similar story in the dairy aisle. Maybe there is reason to cry over spilt milk after all.

One of the large groceries I frequent has been using refrigerated cases that previously held meat to now hold fruit. It makes the sparseness of stock a little less evident. Every cook knows that trick. It’s called thinning the soup. 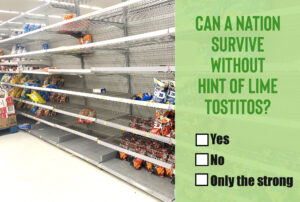 The shortage of chips has lingered since summer. Can a nation survive without Hint of Lime Tostitos? Yes. It can and it will. That said, I recently spotted two bags on a top shelf beyond reach. Another woman, a much taller woman, was able to reach them both and gave one to me. She might literally be the salt of the earth.

We booked a hotel room recently. It appeared the website had made an error, as we only wanted one room, not an entire block. Turned out the price quote was for one room.

I went to fill up the car and was shocked at another bump in price for gasoline. Of course, it can always be worse. We could live in California.

When meat gets expensive, you can pack peanut butter sandwiches for lunches and cook more pasta —but there’s not a vehicle in the world that will run on Ragu or Skippy. 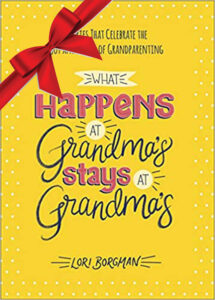