We are imprinted by the land where we are born. At least I think that is true, for I know of no other reason that I find cornfields beautiful.

My early years were spent in Lincoln, Nebraska. Our parents grew up on farms and many of our relatives lived in rural communities, so we often traveled gravel roads bordered by rolling prairie and rich farmland, kicking up dust clouds behind us as we barreled along.

The topic of conversation in the front seat often turned to corn, usually introduced by Dad with an exclamation of, “Look at that corn!”

Of course, we looked because if you’ve traveled Nebraska you know there are not a lot of spectacular attractions lining the roadsides.

In spring, tiny emerald green shoots pushed through the ground in straight rows without end. A few weeks later, young stalks shot out gangly leaves at peculiar angles. It was the awkward adolescence stage of corn.

At the start of summer, “Look at that corn!” was followed by, “Knee high by the Fourth of July.” It usually was. And more.

As the sun beat down and the days of summer stretched and yawned, the corn grew taller and taller. Husky stalks transformed spindly leaves into huge arched leaves with sharp edges. Now when someone said, “Look at that corn!” the response from the backseat was, “How could we not look at that corn?”

Everywhere you looked, all you could see was corn. Corn closed in from both sides. Corn to the left, corn to the right. Massive blurs of cornstalks with tassels whipping silk in the air whizzed by as we sped along. Attempting to look directly at the corn as we blew past triggered a terrible maize motion sickness.

Summer crawled to an end and the green leaves began to fade and dry. The once golden silk shriveled and turned a charred brown. 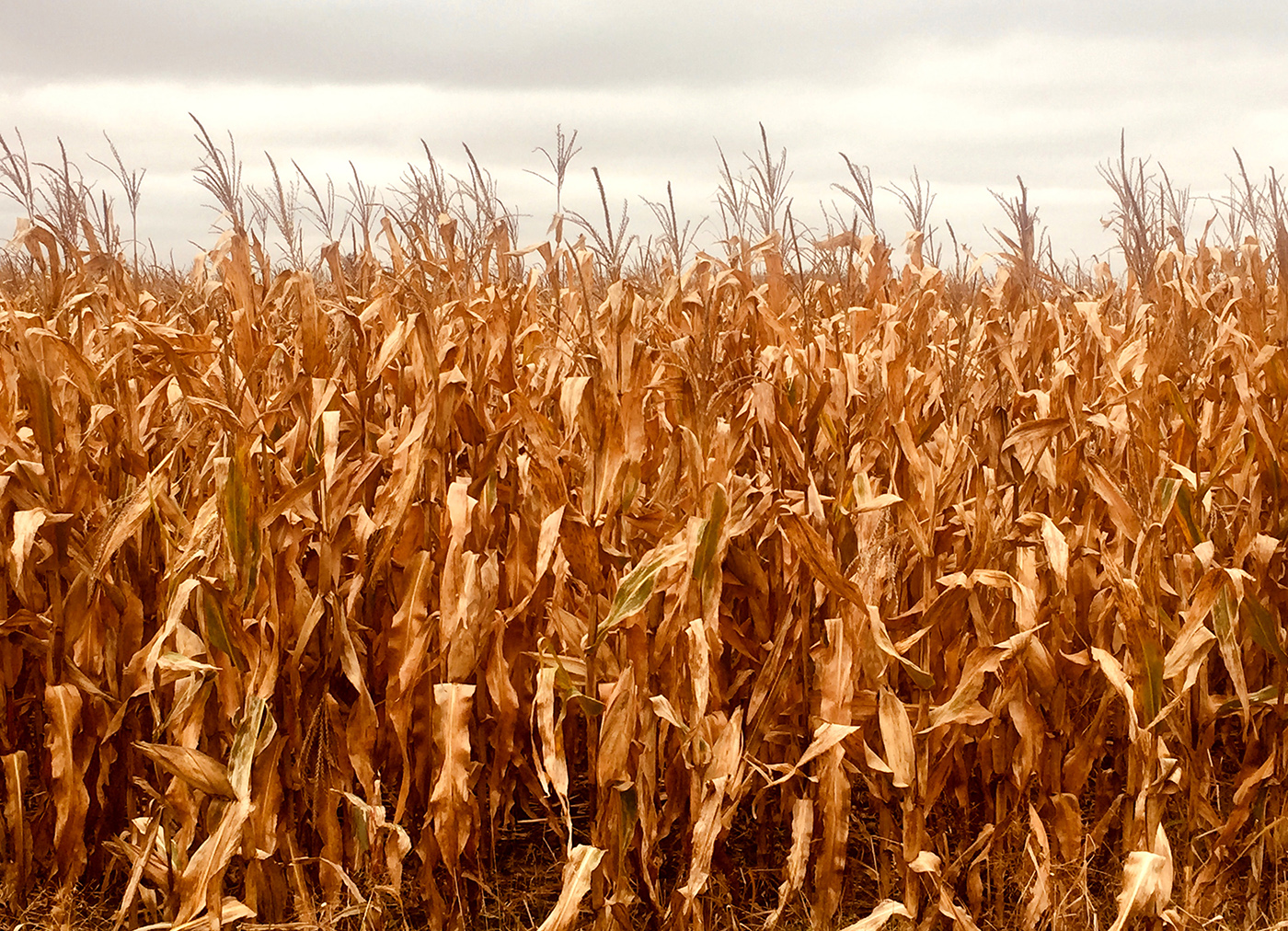 After the corn had been harvested, there remained a fullness to those empty fields. Even today, they stand as testimony to perseverance and hard work that dates all the way back to our nation’s beginnings. Harvested fields are silent witness to the age-old partnership between the Creator and the created, laboring together to bring bounty from the ground.

Cornfields and prairies, like the oceans and mountains and sprawling forests, are part of this wide and varied patchwork quilt we call America—breath-taking reminders that despite our fractures and turmoil, we are blessed to live in a land graced with beauty, abundance, opportunity and freedom.

And, please, look at that corn.

Sunday, Dec. 1, from 2-3:30 P.M. I’ll be at the Champaign Public Library talking about  “What Happens at Grandma’s Stays at Grandma’s.”

Books will be available for purchase and signing.