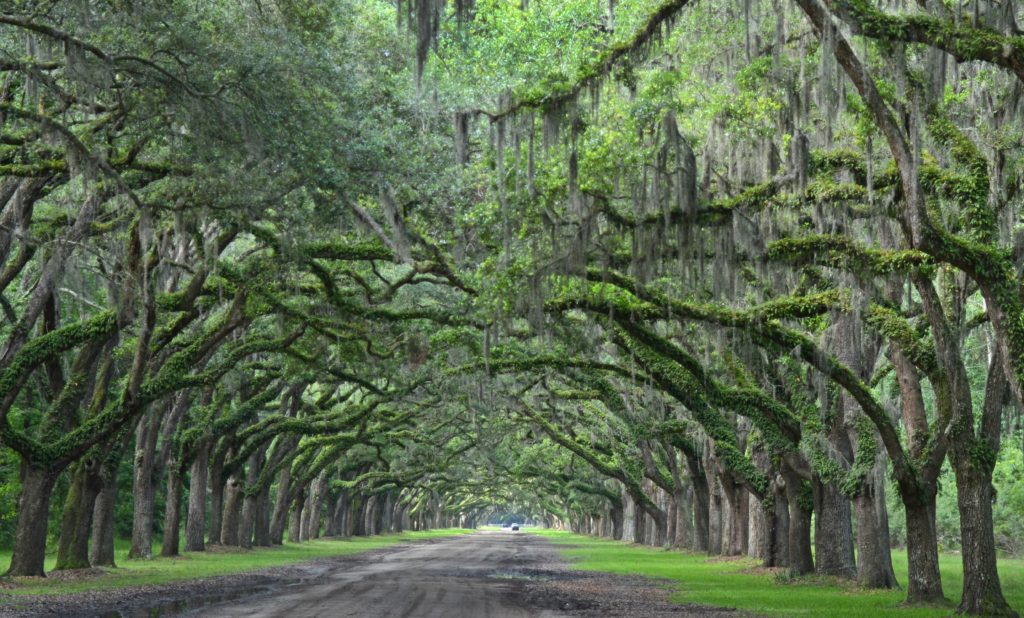 Because the husband is more a kid at heart than I am, he says we need to find souvenirs for the grands while on a trip to Savannah.

I can be a kid at heart, too, but I also can be a mathematician—and even cheap, tacky souvenirs x 11 grands adds up quickly.

The better half states that adults may be divided on the value of tacky souvenirs, but children are not. He says that children are of one mind on the subject—they like souvenirs and they want them.

So we are pawing through mounds of cheap key fobs, plastic sun visors, kaleidoscopes, chocolate treats that would melt in the heat, bubble wands, over-priced T-shirts and finding nothing. 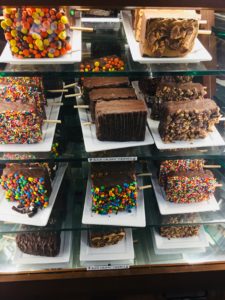 But then we spy the pirate section. On this we are in full agreement – you can never go wrong with pirates.

We consider a foam cutlass, but after a brief duel conclude that a foam cutlass creates more wind shear and sting than you might imagine. This would be enjoyed by the boys no doubt, but not appreciated by their parents. We opt for two pirate hats, which are soft and create no wind shear.

Still empty-handed for the nine girls, I spot small bracelets in an array of pretty colors all threaded on elastic.

“What about these?” I ask the husband. 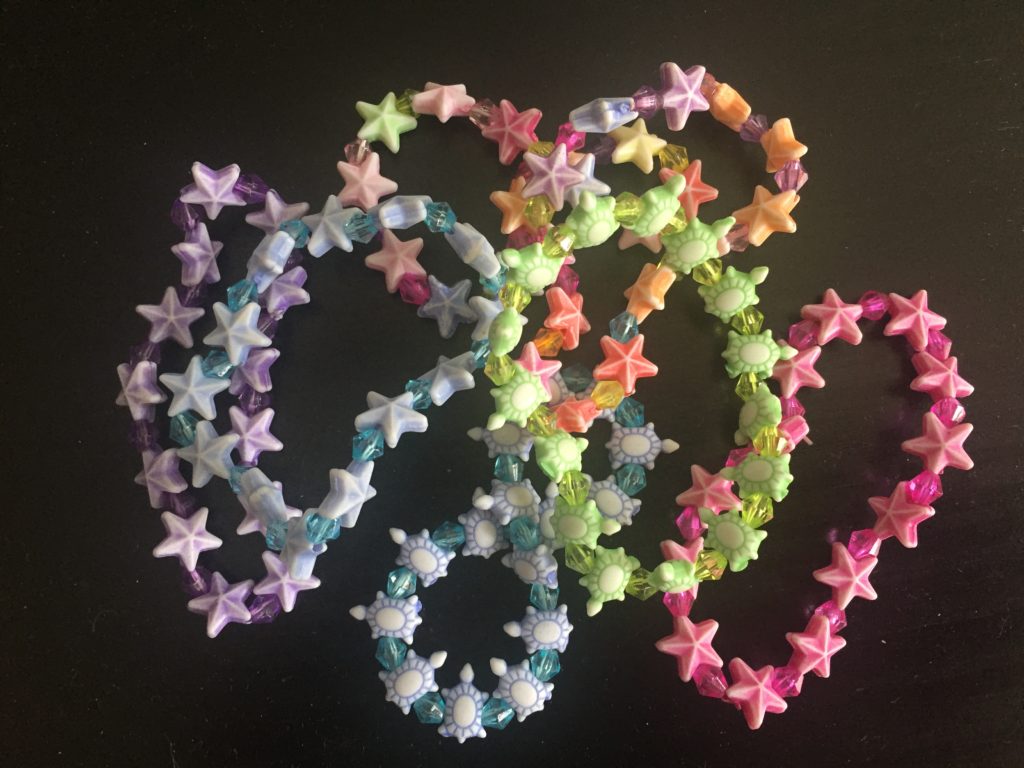 He turns one over a couple of times and says, “Nice. But can you eat them?”

The bracelets are made of small beads shaped like starfish and turtles, all resembling rock candy, which is edible and was a popular souvenir when we were kids. We purchase nine and make a mental note to tell the girls not to try eating them.

As the clerk rings up the bracelets, I remember a souvenir I had as a girl. We had gone to the Gulf Coast and could choose one thing at a souvenir shop to remember our trip by. I chose a blue plastic soap box with the lid smothered in silver glitter and topped with a pink flamingo. It was cheap and tacky and I believed it was the most exquisite thing a girl could own. It was too beautiful put soap in, so it sat in a dresser drawer year after year, slowly aging, yellowing, the glitter falling off, a reminder of a family trip long ago.

My dad once gave our girls unexpected souvenirs. They were in college at the time, far too old for such things. He hadn’t taken a trip anywhere, but he had found small glass ornaments to hang in the window.

The girls are married and have families of their own, and those ornaments are still in their dresser drawers in their old bedrooms.

I have been won over to the notion that even cheap and tacky souvenirs may have worth and value. Tiny trinkets say I was thinking of you even though we were apart. That’s always a good investment.