I have to provide an official copy of our marriage certificate to the Indiana BMV to get the security clearance driver’s license. After waiting seven months on the state of Missouri, where we were married, the envelope finally came—with a letter saying they have no record of us ever being married. 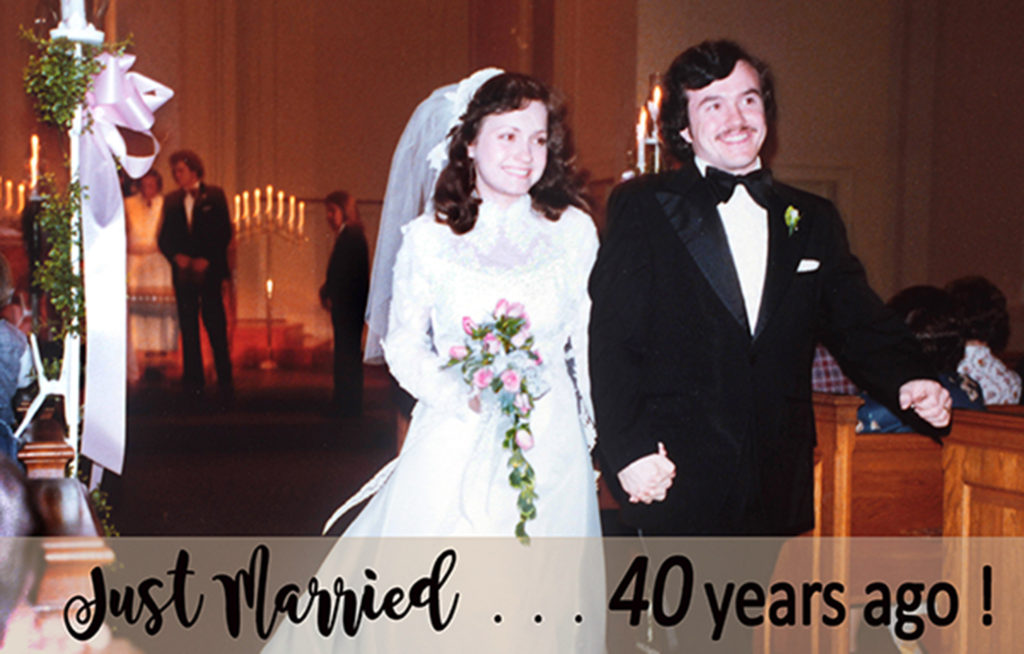 The husband read the letter and was as stunned as I was.

Moments later, he was running through the house yelling, “FREE MAN!”

Free Man announced that if anything should suddenly happen to him, he’d like his obituary to refer to me as his “long-time companion.”

I laughed along with the rest of them. Then I told Free Man that he could do his own laundry.

News spread quickly among our friends. One, a pastor, sent a message saying he and some fellow clergy would like to have a discussion with the husband along the lines of making an honest woman out of me.

I told him I was ahead of him and had already informed Free Man that he’d be sleeping on the sofa.

Then the rumbling started about getting married again.

The youngest said, “So when people ask how long my parents have been married, I guess I’ll just say, ‘They were married in 2019, but they were together 40 years before that.’”

Offers of flower girls came in waves. Our daughter-in-law in Chicago sent a picture of their 10-month-old toddling behind a push toy and said, “She’s practicing!”

Nine of our 11 grands are little girls. The oldest is 9, followed by 8-year-old twins. Knowing the flower girl field would be crowded, they asked if they could be junior bridesmaids.

“And a bigger ring!” one of the girls yelled.

Away from the din of excitement and endless jokes, I wondered how you prove you were married when the state says you weren’t.

Our wedding book was buried in the closet, covered with dust. Tucked inside were five newspaper clippings from three different states about our wedding.

Our real ace in the hole was that we were both photojournalists when we married and nearly every wedding guest under 30 was a newspaper photographer as well. My mother said there were so many cameras clicking and flashes firing that it felt more like a breaking news event than a wedding.

I called the church where we were married, knowing a huge fire had destroyed most of the building a few years after we were married. The lady who answered the phone became distraught on our behalf and quickly transferred me to someone else who keeps records.

Within minutes, that woman had her hands on a church document with a number on it. She said it wasn’t like the wedding license numbers today, but maybe it was a start.

Meanwhile, the man who has found a million ways to drive me nuts over 40 years with his penchant for record keeping, his fascination with numbers and refusal to throw anything away, located the receipt he signed for our marriage license at the county clerk’s office. There was a number on it that matched the number the church had.

I called Missouri, gave them the number and a clerk found the license. She said she’ll send us a copy by mail.

We hope it arrives before our 50th.