I enjoy other people’s typos, not in a gloating sense, but in the sense that it lets me know I am not alone. I keyboard fast and make a lot of typoes. (Yes, that was deliberate. Just checking to see if you’re tracking.) I probably spend 20 percent of my keyboard time backing up to make corrections.

Despite my diligence, occasionally a typo or another error slips through in a column, which is why I live in constant fear of retired English teachers. They are the first to email. They can never completely let go of the red pen.

The best errors are in the closed captions on the televisions at the gym. I’m the one on a treadmill simultaneously sweating and laughing at the news. 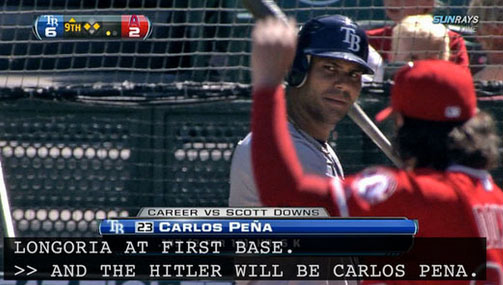 A recent favorite was in a story about a man giving an organ concert. He demonstrated how the massive pipe organ could sound like an entire orchestra. The closed captioning had the man saying, “This sound imitates a fluke.” That was a whale of a claim.

The New York Times was mentioned for hiring a new conservative writer and the closed caption read: “The NYT reserves credit for broadening their left-wing op-ed page.” They probably “deserve” credit, but why don’t we hold that in reserve until we see how long the writer lasts?

Some of the best glitches are in the weather reports.

“Stay tuned, we’ll have weather in a bed.” They probably meant “weather in a bit,” but who knows. Even the weather gets sultry sometimes.

In another weather segment, a meteorologist promised, “milder weather with swiss temperatures.” I have no idea what that was supposed to be. I checked my weather app and it turned out the Swiss were having the same temperatures we were having but with less humidity. Guess we weren’t missing (or swissing) out on as much as I thought.

Reporting on an accident on the interstate, the caption said, “Traffic has resumed posted speech patterns.” When drivers I see engage in speech it’s usually a pattern involving hand signals. I’d like to see “No Speeching” signs posted.

A woman charged with a crime was shown being led to an arraignment with a caption below that said, “Purple walk.” It was a perp walk—and she was wearing orange, not purple.

The caption in a story about a high school athlete who collapsed on a field said, “Nurses and people in the stands rushed to give the boy first aid so he could keep breeding.” I’m 99.9 percent sure they meant breathing. The young man is fine.

A reporter was talking about getting ready for a marathon by eating a lot of spaghetti and pasta. The caption beneath him said, “There’s no need to stuff your face to the point of car bloating.” Who hasn’t eaten so many carbs that you felt like an SUV?

An ESPN closed caption read: “Authorities gave Tiger Woods some field and bright tests after finding him asleep behind the wheel.” It probably meant to say field sobriety tests, but if you suspect someone is under the influence and driving it never hurts to check how bright they are as well.

I don’t know if it means anything or not, but most of the closed captioning errors are made on Mundays.