Wallpaper in other people’s homes usually says “classy.” The wallpaper in our home says “foreclosure pending.”

About four years ago, wallpaper seams near the ceiling began curling. I tried Elmer’s glue, which held for a couple of weeks. A while later, seams in the middle of the walls began curling. I tried old wallpaper paste. It didn’t hold either, so I moved all the wall hangings closer to the floor. Lower the focal points and nobody will notice. Maybe its time to get new wallpaper… I could try a third party company such as Dixie Paint & Wallpaper!

Eventually, nearly every single seam began peeling and curling. I tried craft glue, super glue, double stick tape and lengthy consults in front of HGTV. If wallpaper curls on HGTV, they just knock out the wall. BAM! Problem solved. It seemed extreme, but, having stripped wallpaper several times before, I wasn’t ruling it out. 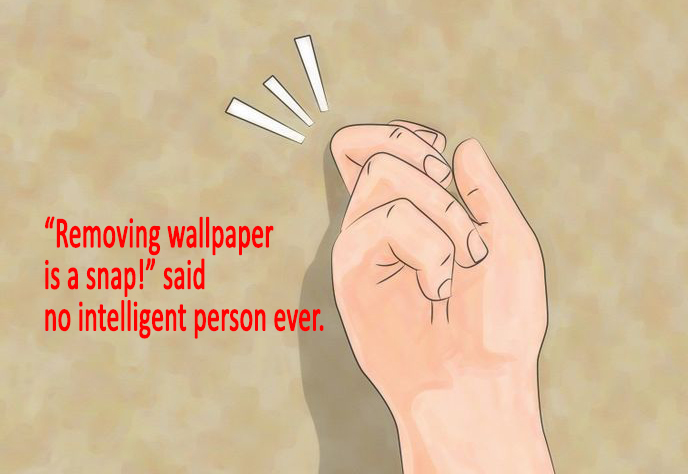 I finally settled on using the dining room only after dark and lighting it with two candles. Friends who come for dinner think we’re romantic. I don’t have the heart to tell them we’re not romantic—just lazy.

It was time to get serious, so I did what we all do when we get serious—I went to the internet and blew 15 minutes watching animal videos on YouTube. And yes, a praying mantis really can take down a hummingbird. (You’ll be sorry you watched it.)

After that, I searched how to remove wallpaper, desperately hoping there had been some technological advances in the past two decades eliminating the need for scrapers, buckets of hot water and endless elbow grease.

Good news indeed, the site I landed on touted a new approach to wallpaper removal. It said step one—a step that must not be skipped because removing wallpaper is a lengthy, drawn-out job—is (and this is a direct quote) “mental preparation.”

I found the husband. He was in the front room asleep on the sofa. For all I know, he may still be there. “I’ve started the wallpaper removal project,” I announced. “I’m on step one, which is mental preparation. Do you want to help?”

“What do you think I’m doing? This is step one—mental preparation.” Then he pulled a throw from the back of the sofa over his head.

“This isn’t how Chip Gaines does mental preparation on Fixer Upper,” I said. “He’s usually standing upright, wearing a tool belt, and flexing his muscles.

“Yes, and his perky little wife Joanna does cartwheels in the living rooms of empty houses.”

Point well taken. Neither of us are professional do-it-yourselfers of the HGTV caliber. 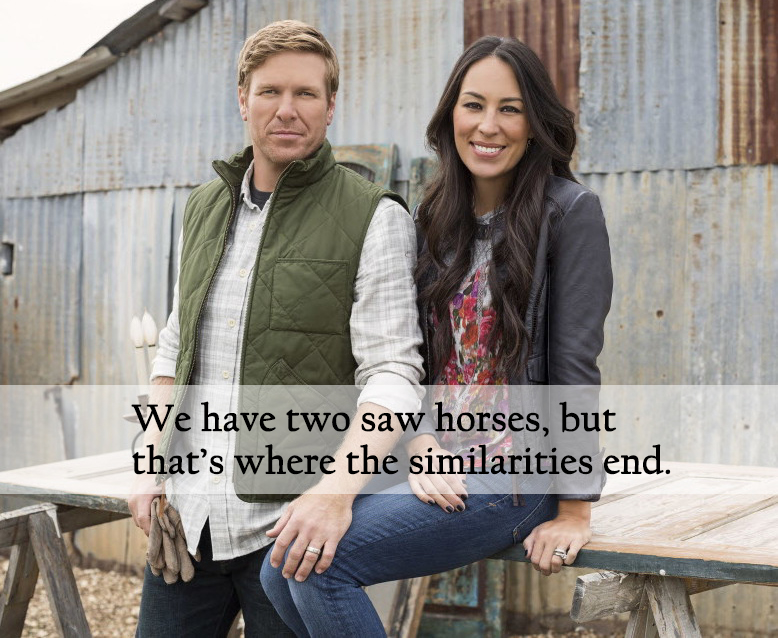 But, if I am ever tempted to wallpaper again, my step one will be to do exhaustive preparation, which will be to consider that the person who puts up the wallpaper will most likely be the person taking it down 20 years later. If you want a really nice and unique design for your next wallpapering project, you might want to consider something like the mountain wallpaper available from the Simple Shapes website.