I was the victim of a drive-by fruiting last weekend.

I was buzzing about in the kitchen vaguely aware of a small shadowy figure on the other side of the door leading to the garage. Frankly, there are a number of shadowy figures when 22 of us are together, so I didn’t think much about it. 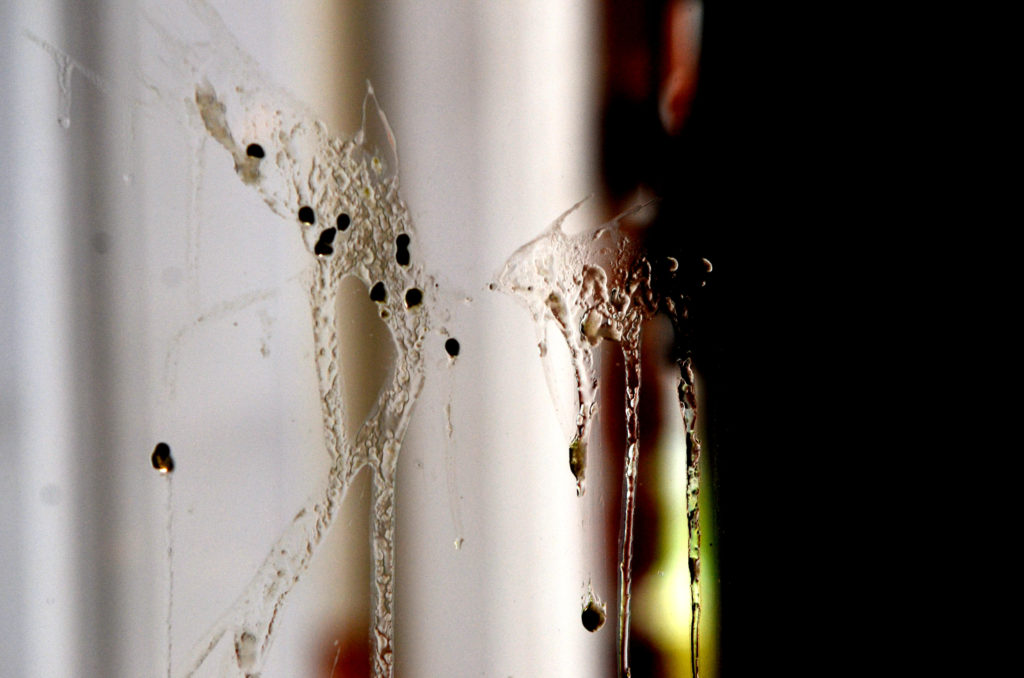 And to think some grandmas hold grandchildren on their laps and read them stories.

My sister-in-law, married to my brother and the mother of two boys, clucked her tongue and quietly cleaned up the mess. She knew that at a different time, in a different place, it could have been any of hers doing the drive-by fruiting.

I was reasonably sure I knew who the offender was. OK, I knew beyond a shadow of a doubt. I raised the kid’s father. They have the same DNA.

We got lunch on the table and everyone was seated and eating when I calmly announced there had been a crime wave in our neighborhood recently. The perp briefly looked up from his PBJ with big eyes, then immediately looked back down.

“We ourselves were a victim of crime this very day,” I said. “I was working in the kitchen, preparing lunch for all of you, when I heard BAM! BAM! BAM! at the kitchen door.” 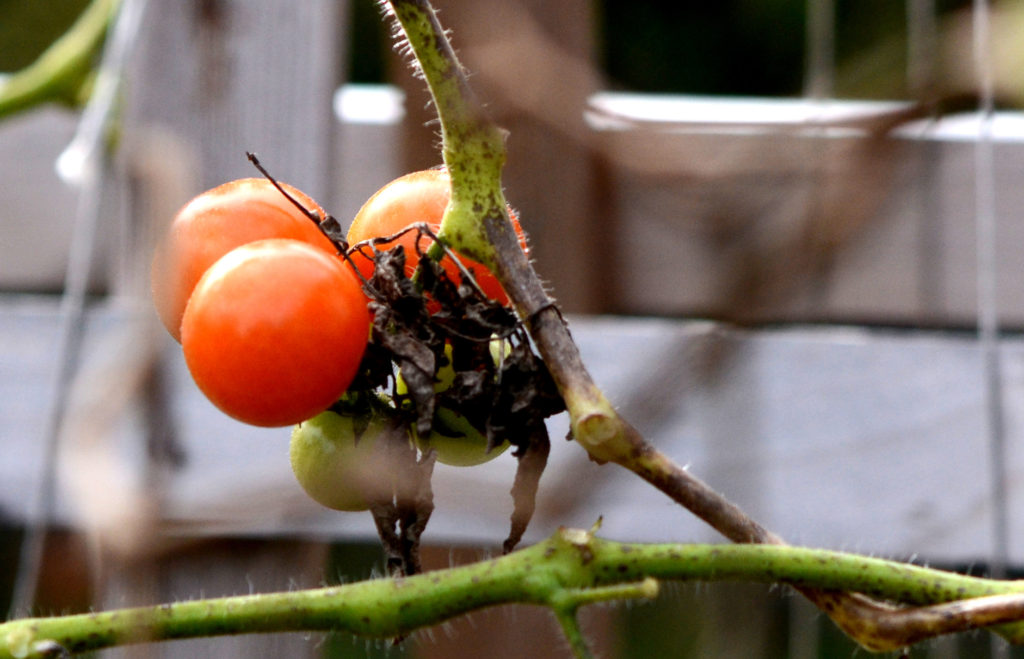 The perp continued nibbling his sandwich, avoiding eye contact. All the other kids were wide-eyed and transfixed. Some nuts are harder to crack than others.

“I turned to see what it was and saw cherry tomatoes splattered on the door to the garage. Can you imagine how shocked I was? I was stunned!”

He’s not buying it. He’s knows it takes a lot more than a hit with three cherry tomatoes to shake this grandma.

“I’ve done some things I regret. And I’ve had some second chances along the way. Maybe the person who pelted my door with tomatoes needs a second chance. Maybe he’s sorry right now and wants to say so.”

No, he did not want to say anything.

His hand was the first to shoot into the air.

Later that afternoon he was outside and one of his uncles lifted him up to see in the kitchen window. A line of cherry tomatoes sat ripening on the window sill directly beneath the window.

You bet I did. Two of them. You should have seen him jump.

The knowing grin on his face said it all: “She’s smarter than she looks.”