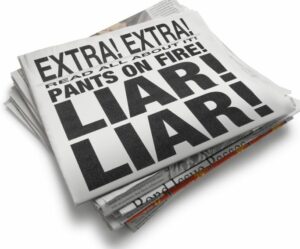 I liked it better when presidential candidates spent more time shaking hands and kissing babies than calling their opponents liars and losers.

Of course, I also liked it better when family-friendly television shows closed with sappy theme songs—a stark contrast to a family-friendly show that recently closed with kids singing  a refrain that constantly repeated a swear word. I’m not sure if the creators intended it to be cute or funny, but it was neither. It was stupid.

I probably shouldn’t have written that. The s-t-u-p-i-d part.

I once used that word in front of one of the grands and she asked what it meant. I was about to explain the meaning (writers like dissecting words, right?) when her mother materialized out of thin air, sternly reminding the child and Grandma that we don’t say that word.

It’s like we’ve all been roughed up by a heavy grit sandpaper. We lack smooth edges.

There are no longer euphemisms for body parts or body functions. These days everybody goes directly to the graphic and gross.

A part of me shrugs and asks, who cares? Language is fluid, right? Thou thoughtest words changeth not?

Yet, there’s a level at which the coarse language demeans and demoralizes us all. Not only is the speaker demeaned, but the listener is demeaned as well. We become a little less human and a little more animal. Something of loveliness dies.

Ronald Reagan lobbed one of the greatest challenges of the last century when he said, “Mr. Gorbachev, tear down this wall!” His words still echo—and not a single @%*&#!.

I graduated from the Journalism School at the University of Missouri many moons ago when every student had to survive news writing with Hal Lester. If there had been a Marine Corps of journalism profs, Lester would have been the commandant. He could thunder about the misuse of a semi-colon and reduce a room full of overly-confident, smart-aleck college students to quivering ninnies.

One day a rogue asked if we could use vulgarities in news copy. Lester glowered. Then he thundered, “The only people who use vulgarities are people with poor vocabularies.”

I’ve always remembered that. Maybe our coarse language has nothing to do with losing respect for ourselves and one another. Maybe coarsening language is because we’ve all grown a little more stu—er, maybe we’re just not as bright as we used to be.

Lori Borgman is a columnist, author and speaker. Contact her at lori@loriborgman.com