Both of our daughters put in small gardens this past spring. The planting, tending and harvesting has gone fairly well considering that they are novices. That said, if any of us were to attempt to live off of the collective produce of our small gardens, we could all expect a dramatic weight loss.

The basil has done well, but man does not live on pesto alone.

The parsley is nothing but nubs, but the rabbits are happy.

There was the promise of some beautiful beefsteak tomatoes, but the vine, heavy with fruit, crimped at the base and withered.

The youngest put in pole beans. She had a few missteps early on with planting and thinning, but she just shared a picture of the harvest via text message, “You want beans?! We got beans!!!” The beans look great — all seven of them spread on a paper towel. 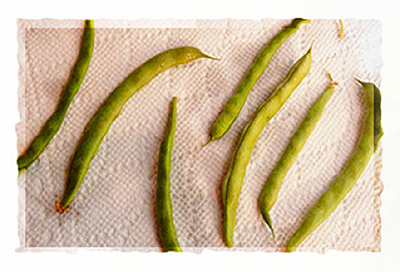 “Put us down for one,” I replied. “Your father and I can share.”

She also tried her hand with a few seed packets of zinnias, casually tossing them in the soil as she walked away. She now has a bright and cheery stand of zinnias including exquisite doubles that are a hot pink and white marble pattern worthy of a Rembrandt. 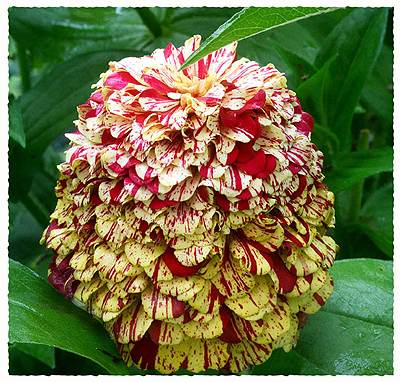 The adventure of growing anything lies in being both sadly disappointed and pleasantly surprised.

Because every kid should have the joy of harvesting potatoes at least once in childhood, I helped a few of the preschool grands plant seed potatoes earlier this spring in a cold drizzle. They (the grands, not the seed potatoes) have been ecstatic from the git-go.

A few weeks after planting, one of them flung open our front door, raced inside, and with saucer-size big eyes, yelled, “Guess what? Guess! The potatoes are growing!”

As it turned out, a thistle had sprouted, but the potato shoots weren’t far behind.

We harvested some of those potatoes the other day. I turned the plants over, they grabbed loose ones tumbling in the dirt, dubbed the tiny ones clinging to the roots the “babies,” all the while yelling, “Keep diggin’, Grandma! Keep diggin’!”

We could have wrapped those spuds in colored lights and told them it was Christmas.

There are great lessons to be learned in the garden – chief among them, how to be faithful to the process of nurture even when the outcome may be uncertain.

As for us, for years we grew raspberries and they did well. We even gave starts to several neighbors. Then our trees grew and shade overtook the raspberries. Our neighbors’ berries flourished while ours disappeared. I asked for a start from a neighbor this spring. We planted it in a sunny spot and it is doing well. If the raccoons and squirrels stay away, at last count, we will have 18 berries.

With a couple of those potatoes and that one green bean, it should be a wonderful feast.